Thank you for your patience while we retrieve your images.

Visitors 813
Modified 24-Dec-16
Created 10-Oct-11
161 photos
Here you will find the largest array of aerial images ever assembled of the town of Canton, MA. Canton was officially incorporated on February 23, 1797 from the town of Stoughton, Massachusetts.
Paul Revere built the nation's first Copper Rolling Mill in Canton in 1801. His poem entitled "Canton Dale" expresses his affection for the town. Canton is the birthplace of the Rising Sun Stove Polish Company, founded by Elijah Morse, a wealthy merchant and creator of the pot-belly stove. 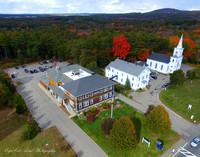